This 3-Ingredient Celery Smoothie is massively simple while showing off the natural aromatic essence of the celery. Use it for your detox or cleanse or as a base for a brunch cocktail! 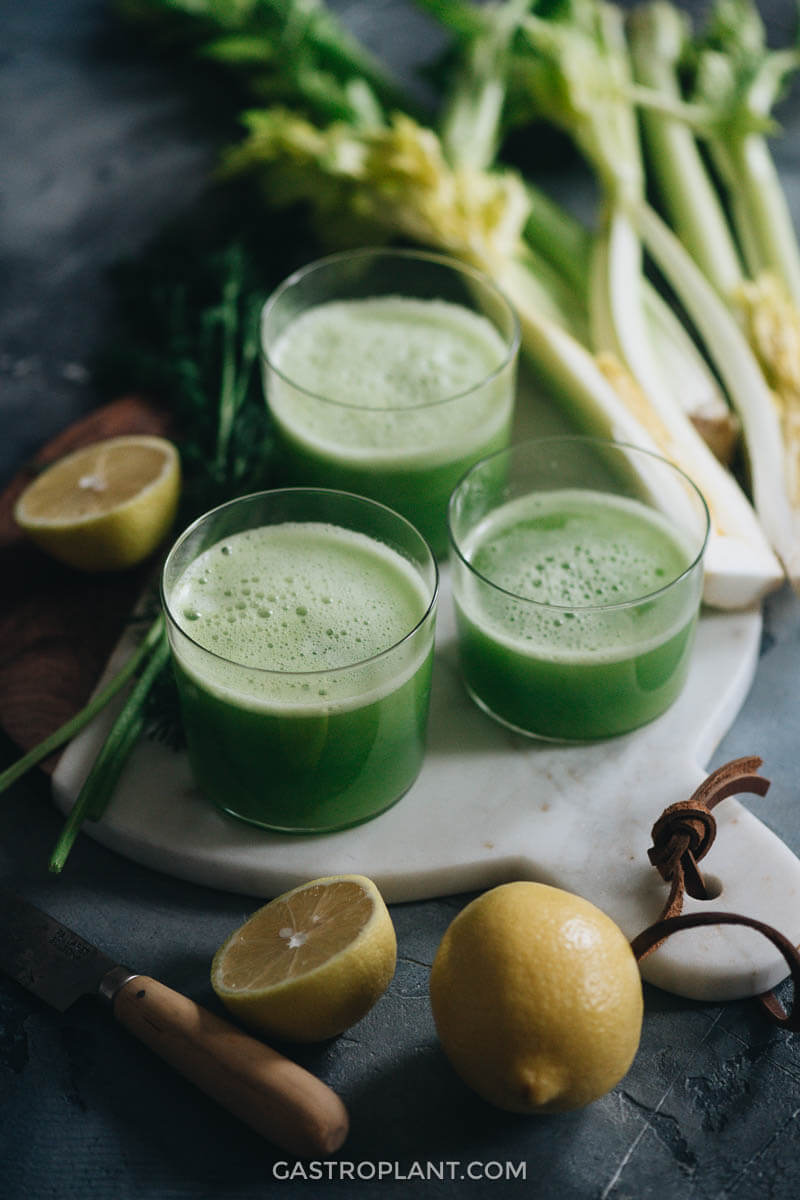 Intro to the 3-Ingredient Celery Smoothie

My usual go-to morning smoothie contains some 10 ingredients, and while it’s really flavorful and nutritious, I sometimes don’t have time to wash and chop all those ingredients, first thing in the morning. So I wanted to develop a simple celery smoothie that I could make for a minimum effective dose of morning veggies.

This smoothie consists of just celery, dill, lemon juice, and water. I find that the dill and lemon go perfectly with the flavor of the celery. The end product is a refreshing drink with grassy, floral, and tart notes. The flavor is unmistakably celery, but it’s not overpowering.

The Rise of Celery

Celery was amusingly mocked in a Portlandia sketch as the most underperforming vegetable, not keeping up with the viral veggies like kale, brussels sprouts, and heirloom tomatoes.

This year, though, celery has been having a moment, with lots of attention given to its health benefits, which include anti-inflammatory properties, fiber, and vitamins.

We don’t often think about using celery on its own, preferring to add it to other dishes, but it can be pretty tasty in the right context. With this smoothie, you don’t have to worry about the stringy texture, and the flavor is milder because of the other ingredients. 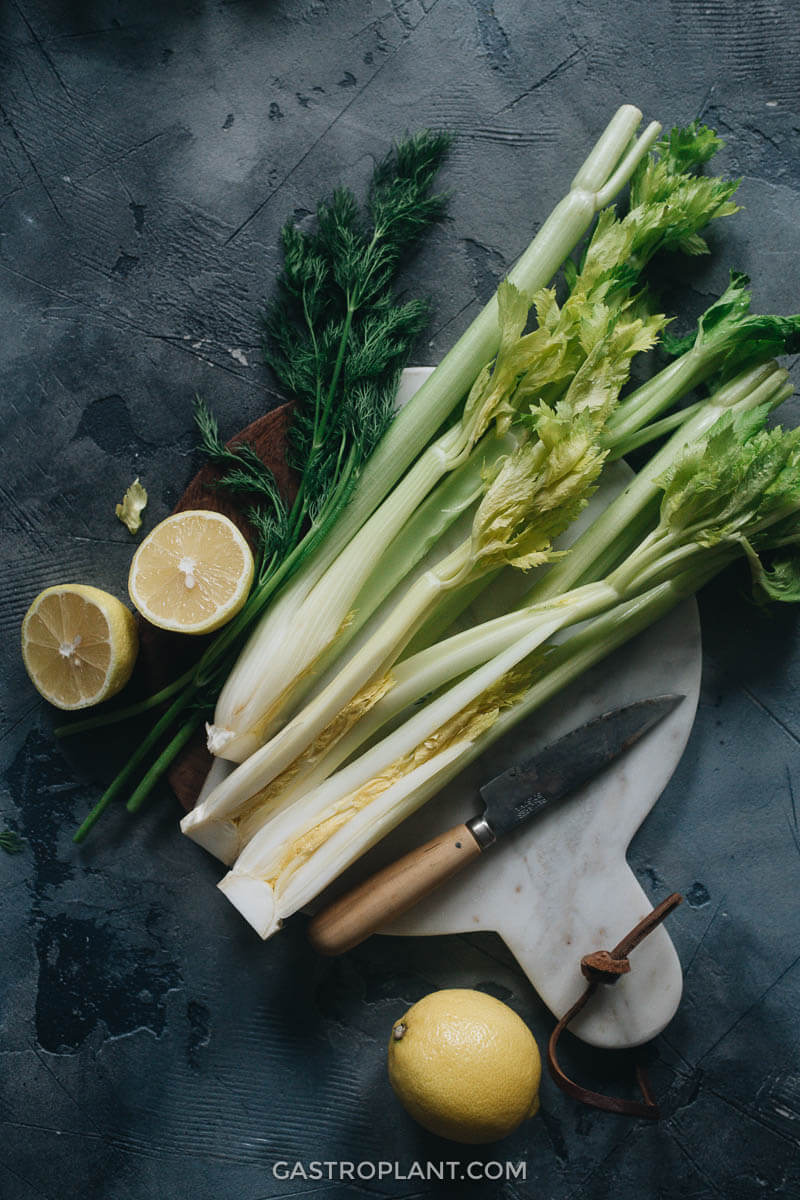 How to make the 3-Ingredient Celery Smoothie

Wash and chop the celery and dill, slice and squeeze the lemon, and blend everything with water. That’s it.

I have been using a Vitamix blender similar to this one and it’s great, though it’s probably fancier than I need. I’m curious – what blender do you use for your green smoothies, and how do you like it? Let me know in the comments!

I tasted this smoothie and thought it would make a great brunch cocktail, mixed with vodka. I like a good bloody mary and this has some of the same vegetal notes – though it’s much more low-key.

I’d try one part vodka to three parts smoothie, served on ice and garnished with a slice of lemon and a sprig of dill. 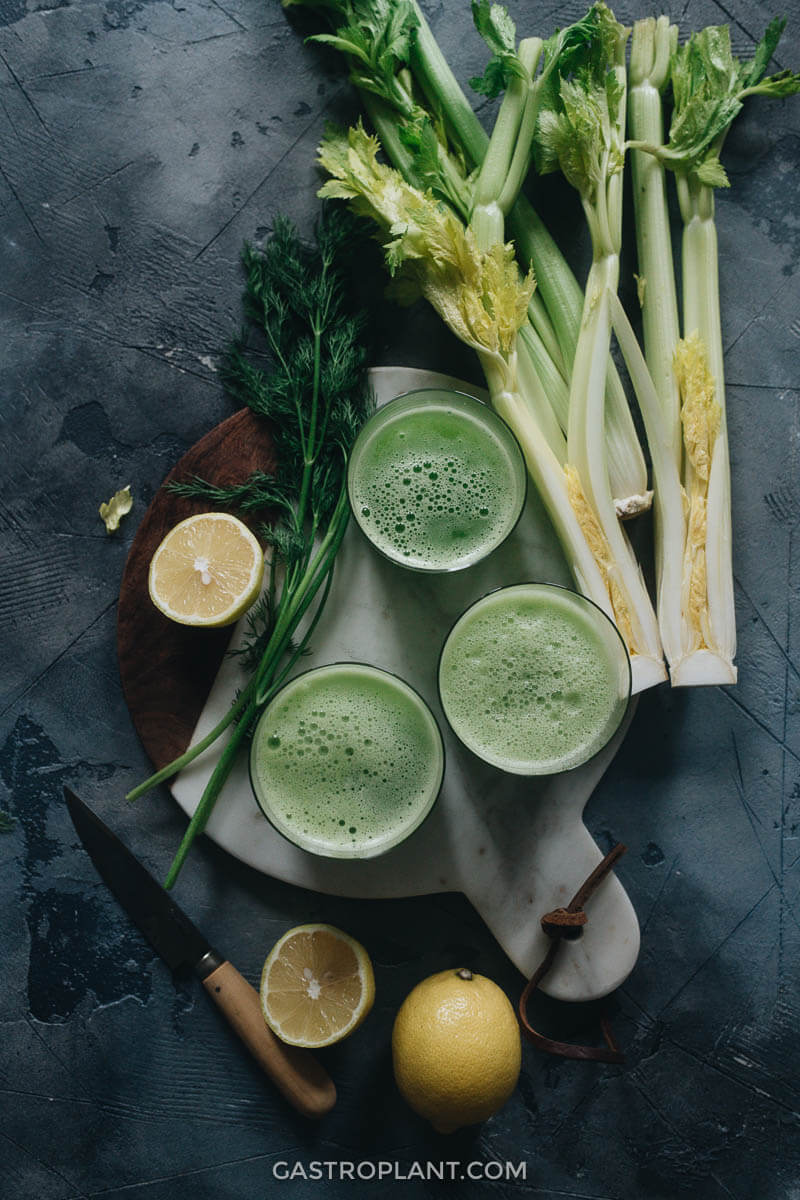 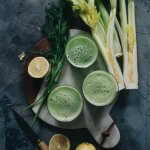 This 3-Ingredient Celery Smoothie is massively simple while showing off the natural aromatic essence of the celery. Use it for your detox or cleanse or as a base for a brunch cocktail!
Prep Time2 mins
Cook Time2 mins
Course: Drink
Servings: 2

The smoothie will stay good in an airtight container in the fridge for 2-3 days. I recommend tasting the smoothie before adding any sweetener. 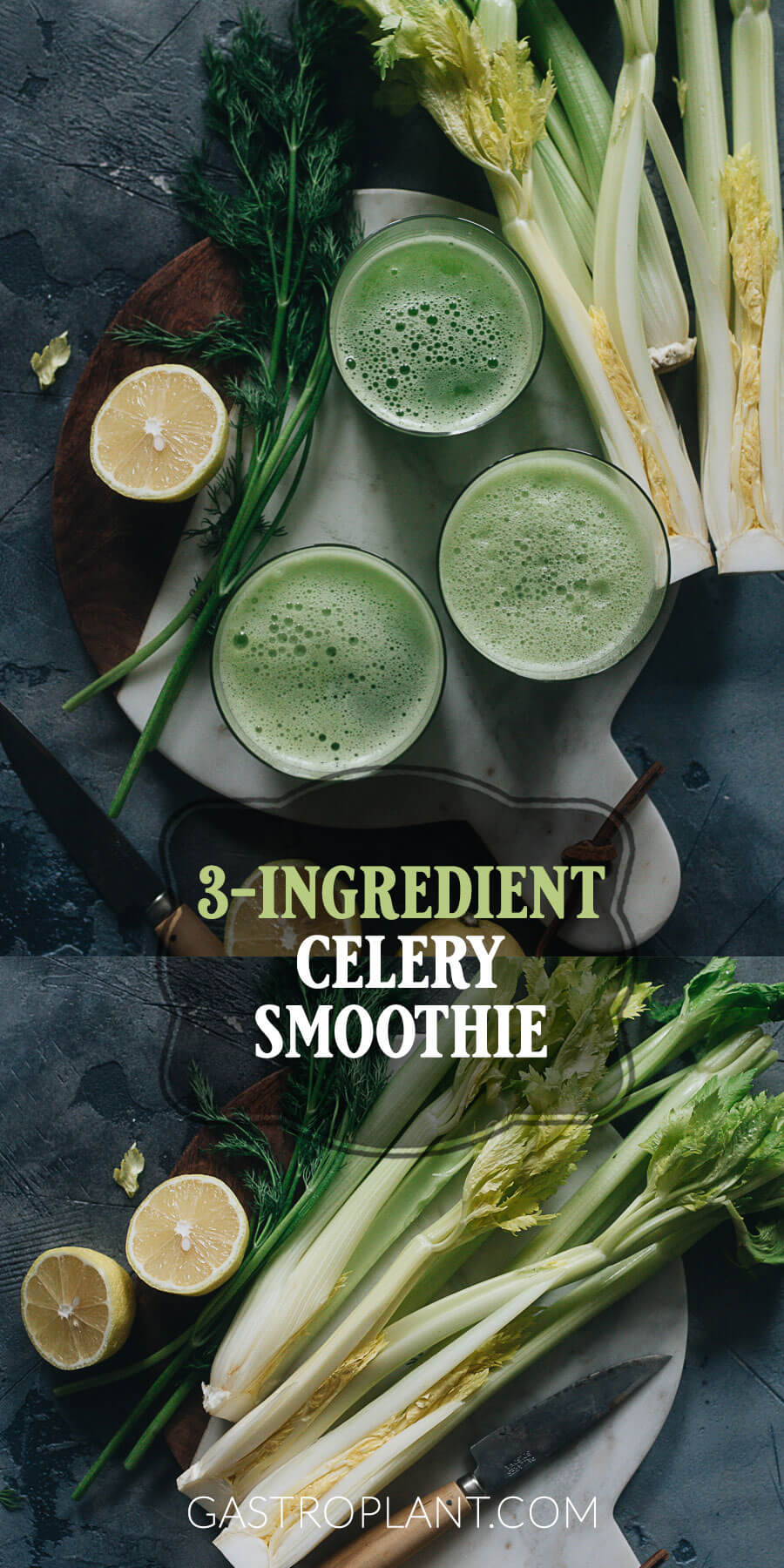