This smoky chili oil is complex, nutty, and spicy. It’s very easy to make and tastes better than anything that comes in a jar. Use it to enhance practically any savory dish. 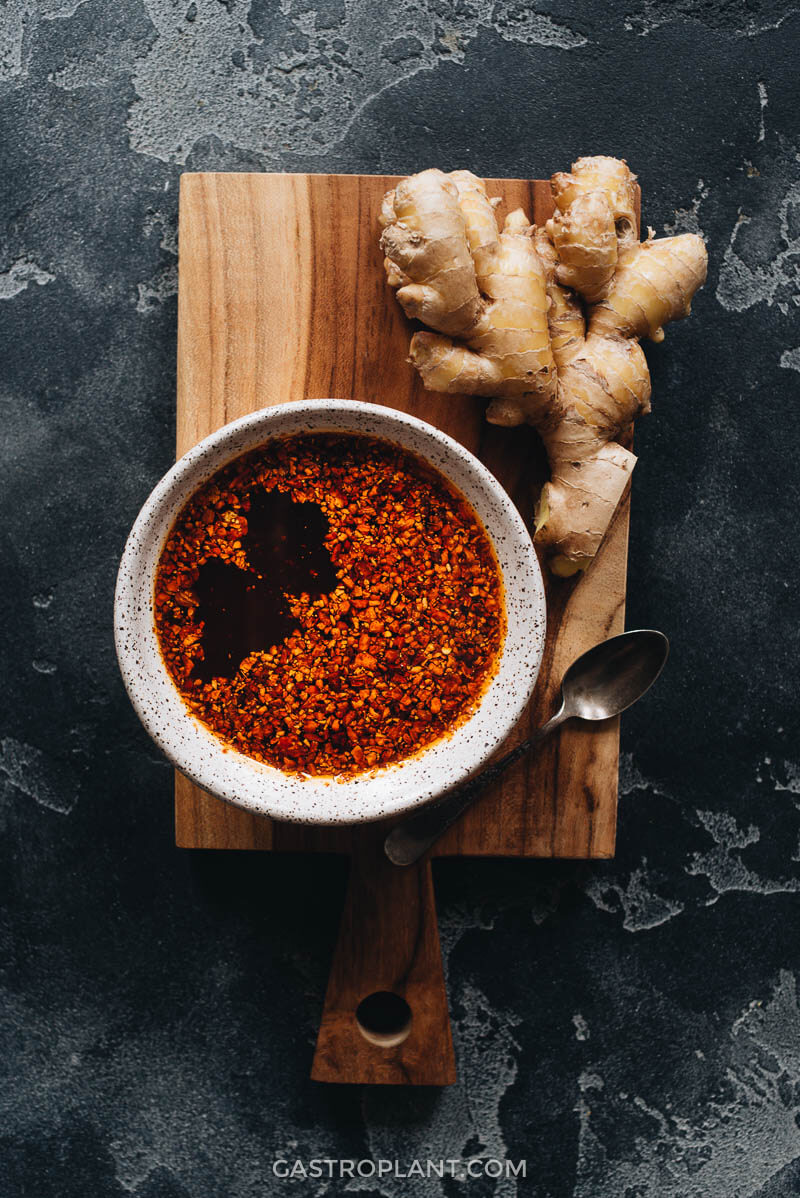 An Introduction to Smoky Chili Oil

I’ve encountered chili oil in different forms a lot lately. It’s commonly served with Chinese dumplings as a condiment or part of dipping sauce. It’s also used in some Japanese ramen to turn a mild bowl spicy. And it is a key ingredient in various Asian cold dishes with ingredients such as cucumber, celery, and tofu. After coming across so many uses for this oil, I wanted to develop my own recipe for it.

There are some subtle differences between types of chili oil that I’ve noticed.

In developing this chili oil, I wanted to include elements of the Japanese and Chinese versions without overcomplicating the cooking process. I had also tried a “Texas Edition” chili oil at a Japanese-Texan fusion restaurant in Austin, which was irresistibly smoky. This oil includes elements of all three cuisines and can be used in a wide variety of situations. 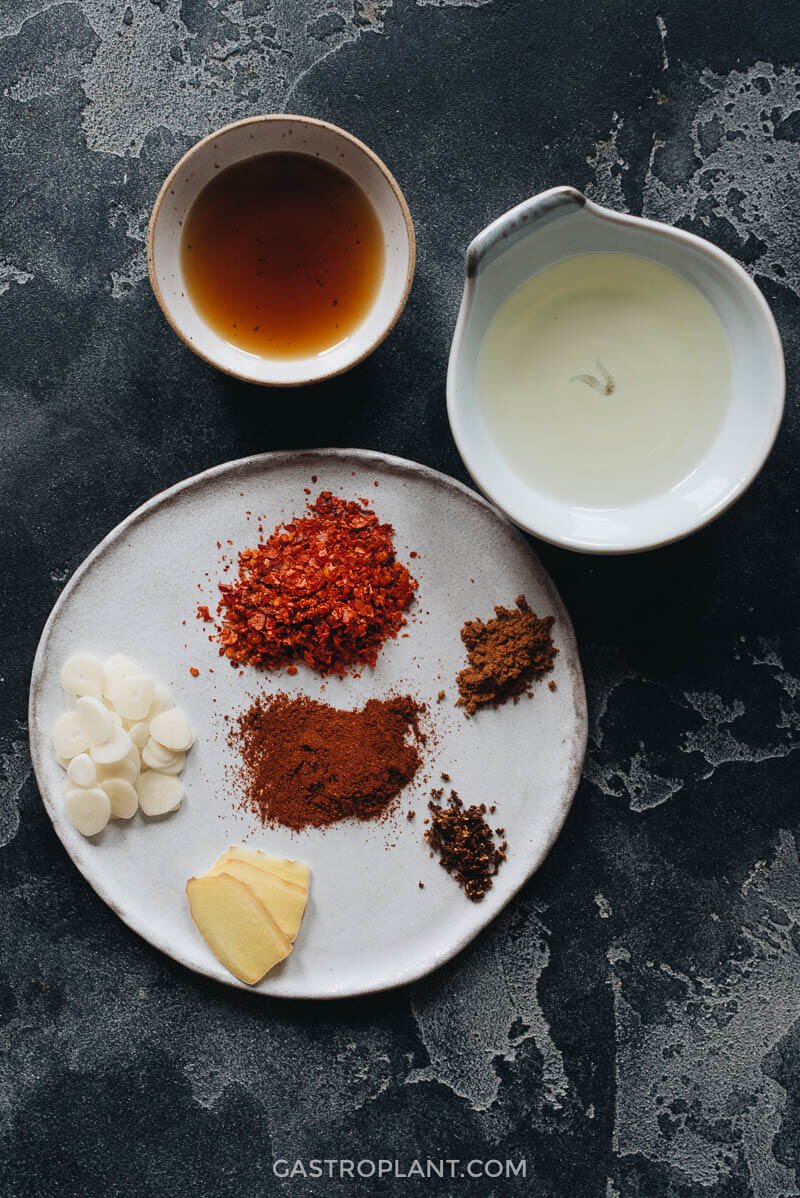 How to Make the Smoky Chili Oil

The process is very straightforward:

Here are some things to keep in mind as you make the smoky chili oil: 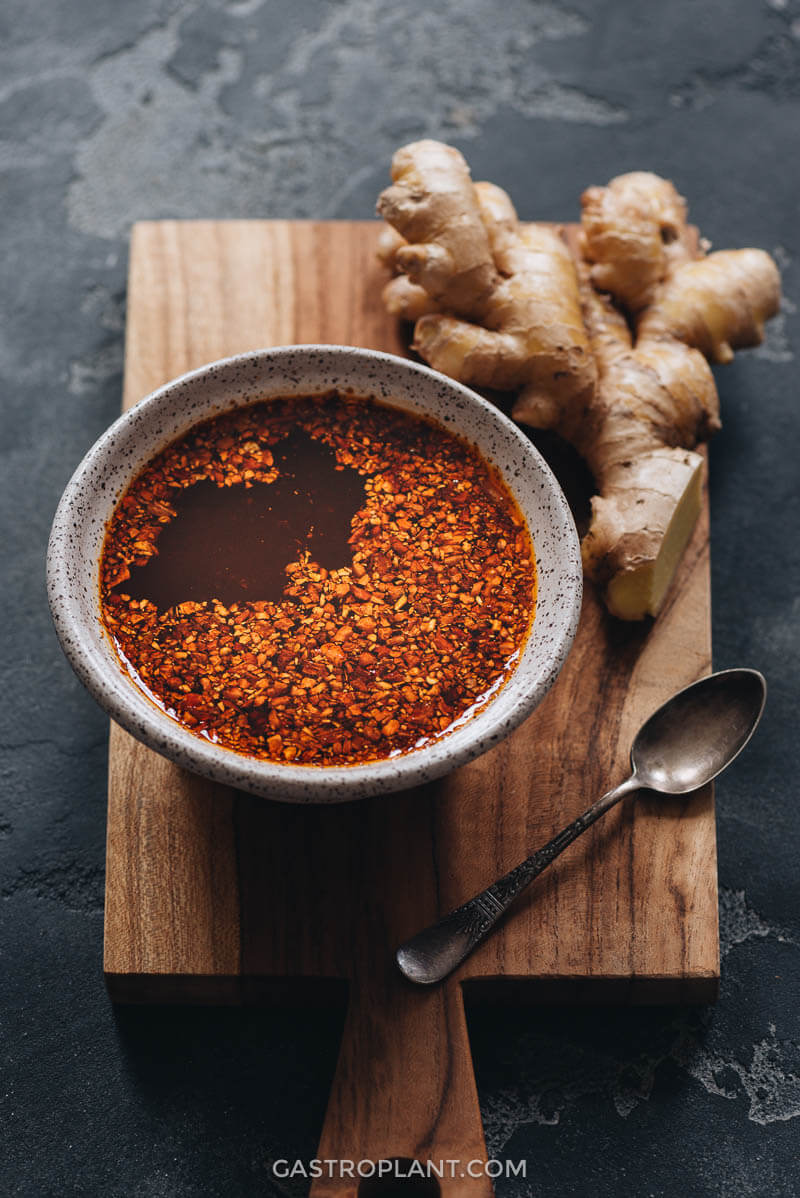 What Should I use This On?

I developed this recipe to be used with a cucumber salad and a soy milk ramen recipe (both coming soon) but there are others that this will go great with as well. Some examples include: 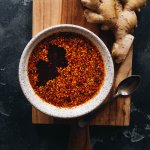 The chili oil will stay good in an airtight container in the fridge for 2-3 weeks.
You can strain out the solids using a mesh strainer if you prefer.
The chipotle powder, five-spice, and Sichuan peppercorns are technically optional, but the flavor will be less complex without them.