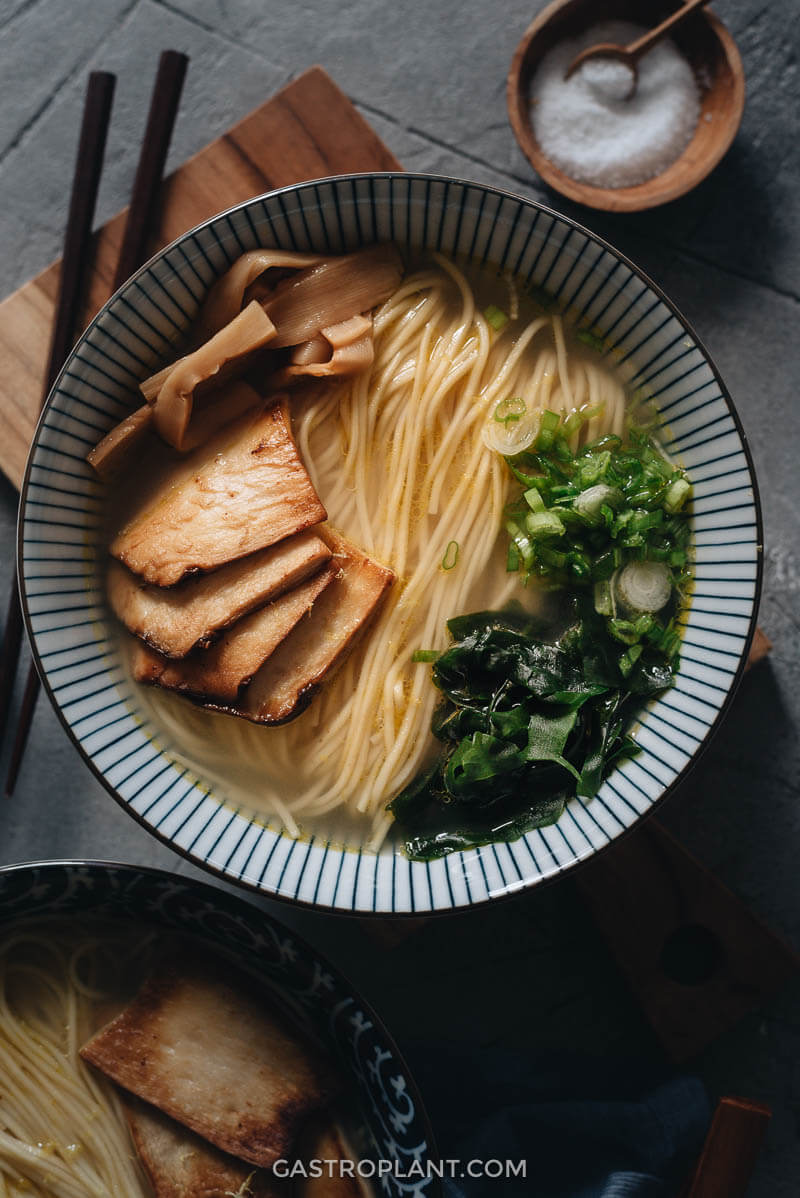 After sharing several different ramen recipes with you, most of them aiming either for intense creaminess, deep miso umami, or bright spiciness, I wanted to develop one on the lighter side.

Compared to the others, this ramen is on the minimalist side. I wanted to share how well a simple broth with simple toppings and high-quality noodles can still be really satisfying.

The name “shio” literally means salt. It’s not an interesting name, I know, but I felt like this style of ramen may be underappreciated in the West and wanted to introduce it in plant-based form. 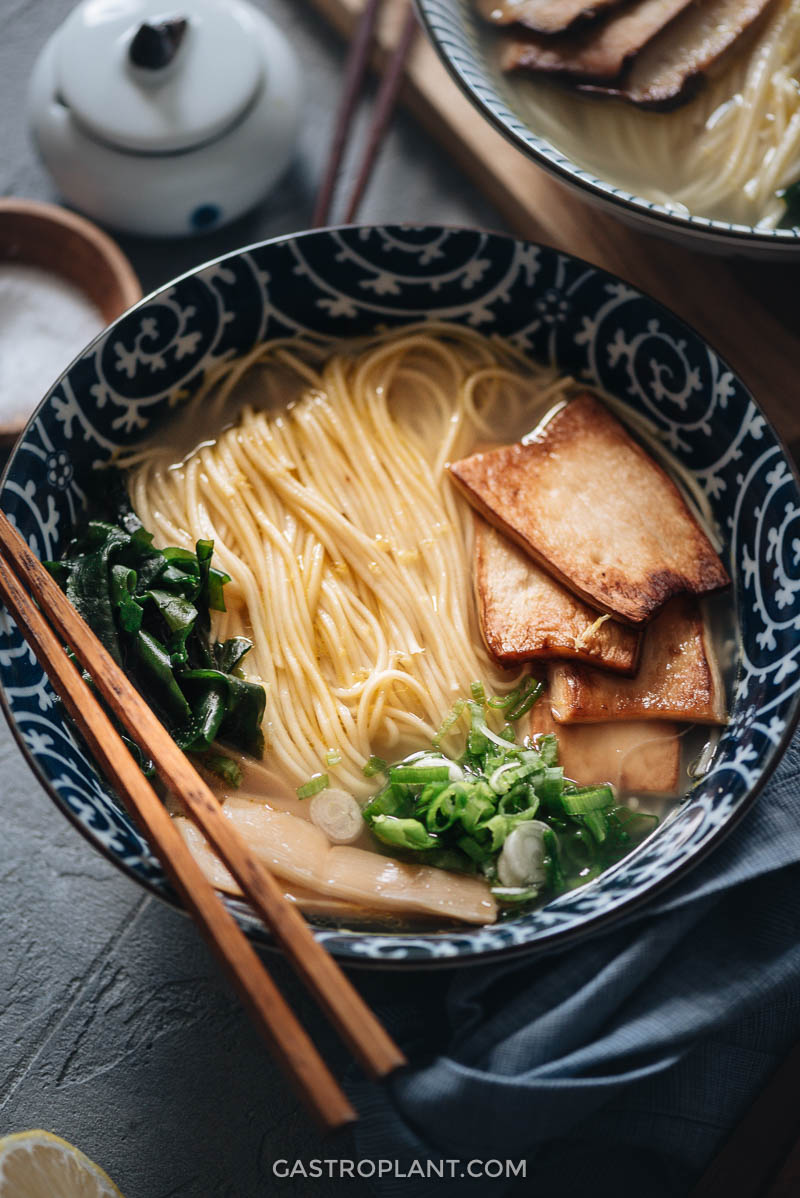 What goes in the Vegan Shio Ramen?

The most important component is, of course, the broth. Several veggies – carrot, leek, daikon, yellow squash, garlic, kombu, and ginger form the base of it. I added truffle salt, not as a fancy accent, but used a subtle amount to give the soup a fuller, more earthy base.

The noodles are also quite important. I usually recommend fresh or frozen noodles, but I discovered recently that dried ramen (not instant noodles, though) can actually have a really nice texture.

Last but not least are the toppings. You can put whatever you like on your ramen, but as examples, I’ve included pan-seared king oyster mushroom, menma, wakame seaweed, and green onion. A sprinkling of lemon zest lends some occasional citrusy notes. 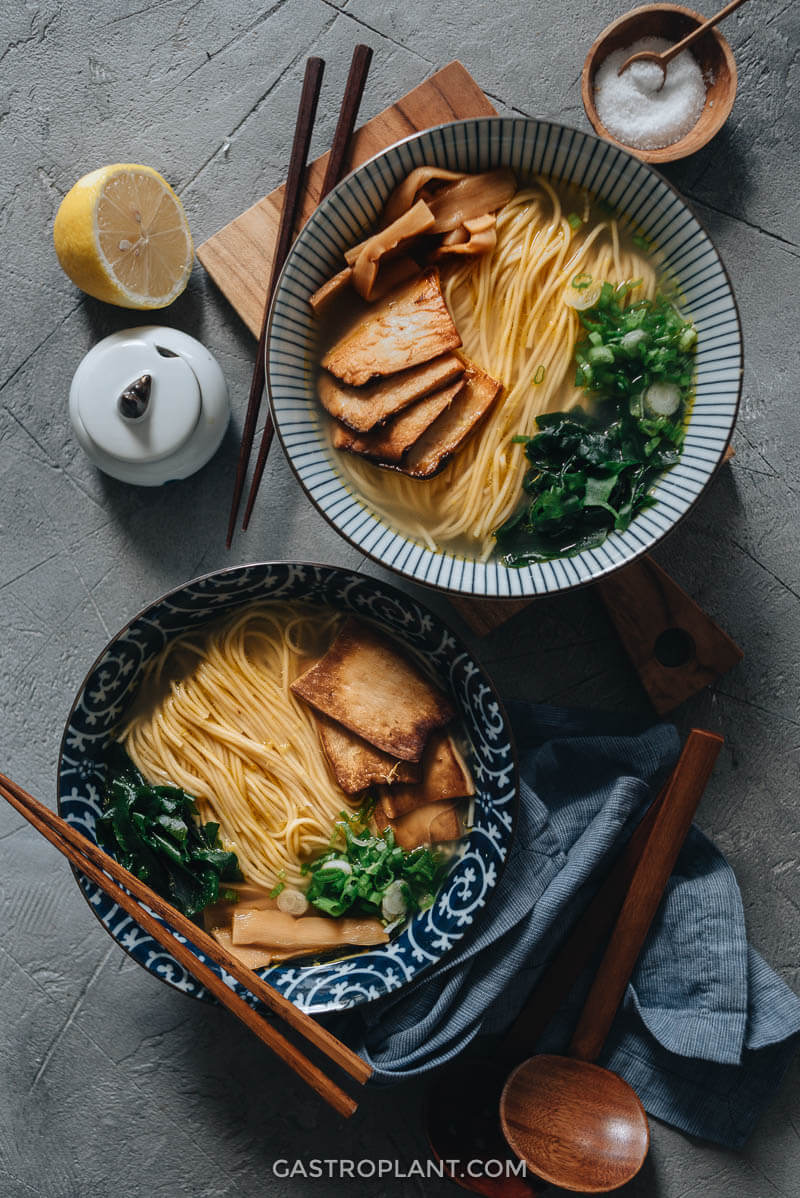 How to make Vegan Shio Ramen

The process is longer than for some of my ramen recipes, but also simpler.

Some cooking notes before you begin

If you use dried ramen noodles, you should undercook them by 1 minute. They may seem tough at this point, but they absorb liquid quickly (more so than fresh noodles) and will be perfect once you leave them in the hot soup for a couple of minutes.

Feel free to cook more king oyster mushrooms than prescribed. For being so simple, it’s a really tasty topping. 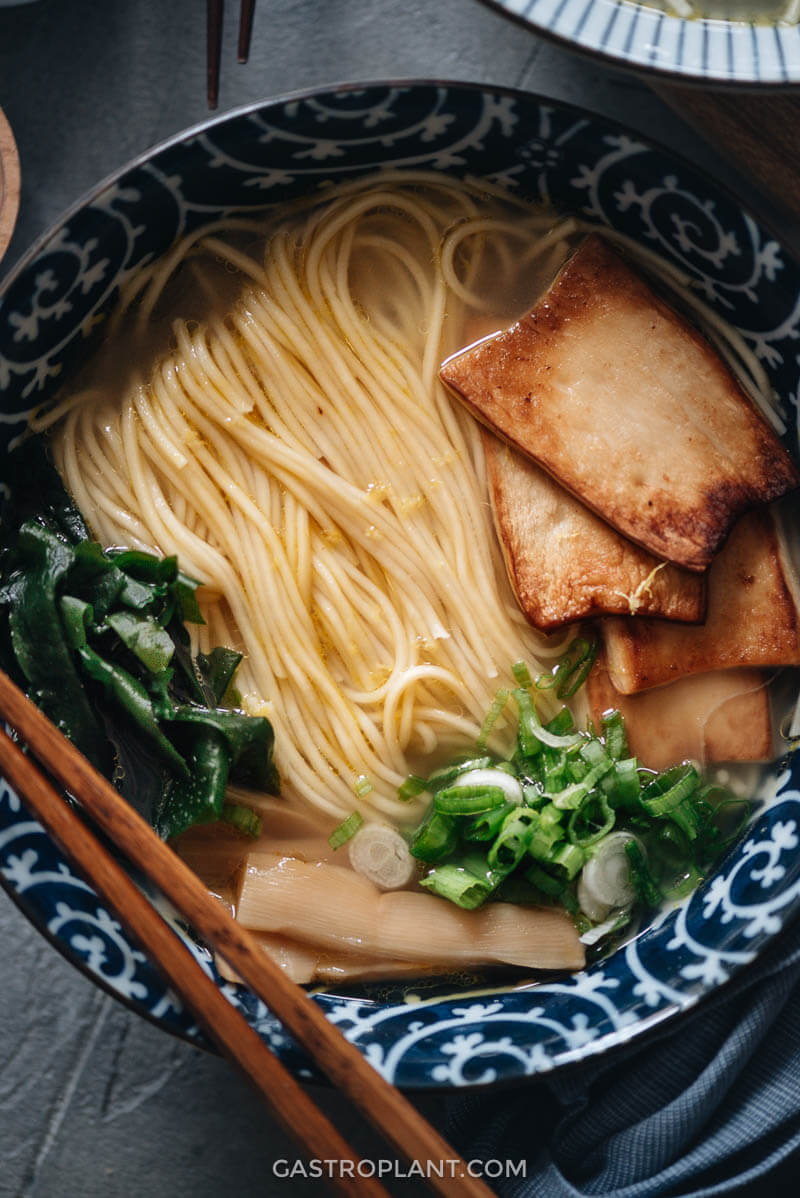 What to serve with this ramen 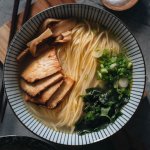 Cook the soup base

Reheat and Season the broth

This recipe makes two meal-sized portions. You may have some broth left after serving. The broth is quite versatile and will stay good for a week in the fridge. The mushrooms were especially tasty, and my wife and I both wanted more than the half-pound allotted in the recipe. So feel free to cook more and enjoy them. You can eat the boiled vegetables later if you like. I put them in a saucepan with some water and miso and it made an easy veggie miso soup.