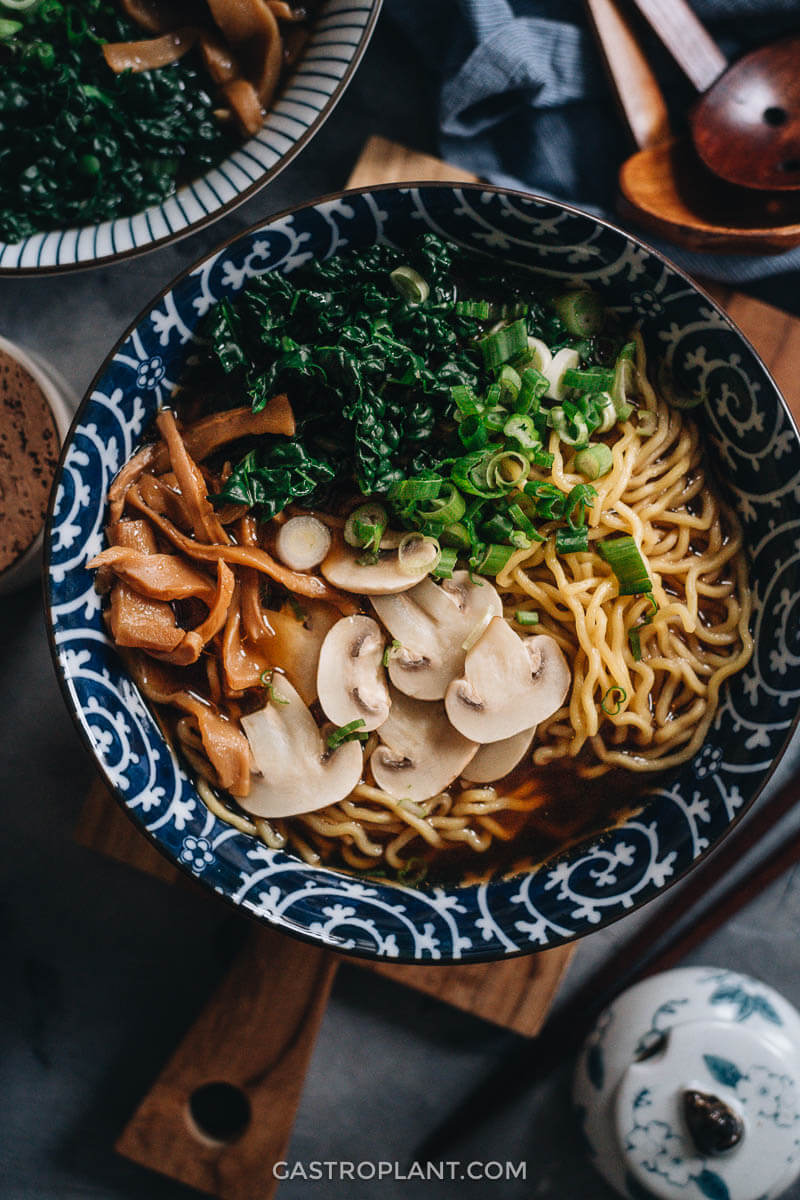 I’ve done a bit of cooking different styles of plant-based ramen since starting the blog. Shoyu is such a classic style of ramen that I wanted to develop my own version of it.

Traditional shoyu ramen is characterized by a long-simmered clear chicken stock, the salty umami of the soy sauce, as well as some aromatics, including ginger, garlic, and toasted sesame oil.

My version is simpler (and admittedly less complex in flavor) and more accessible. My goal was to create a broth that had many of the same characteristics as the traditional version. 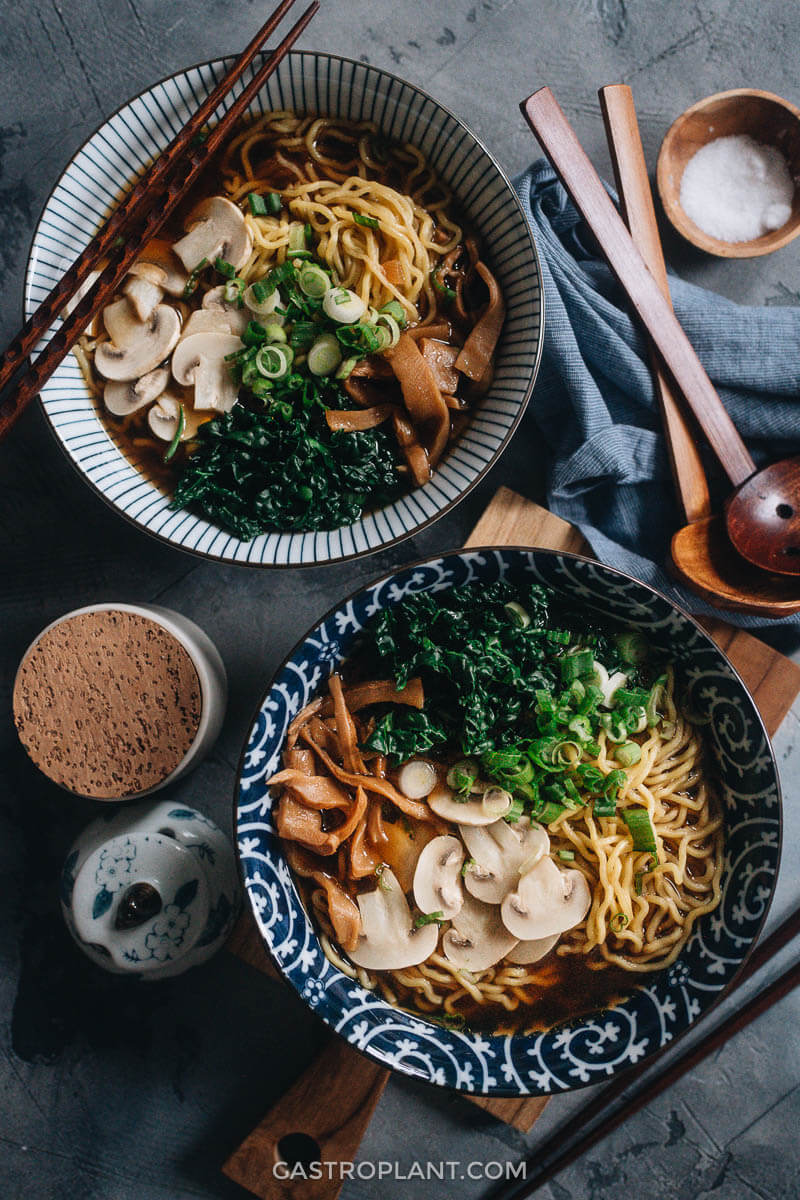 What is it like to cook vegan shoyu ramen?

There are two main parts to the recipe – preparing the broth and cooking the noodles and toppings. These two activities happen separate from each other so that we can get each component properly cooked.

I kept the toppings in this one simple – blanched kale, blanched mushrooms, classic menma, and green onion. I thought these toppings would be more comfort-oriented. If you’d like some more adventurous toppings, check out the shredded king oyster “chicken” in this recipe and the king oyster “scallops in this one.

Put it all together

When everything is ready – your broth is perfectly hot and seasoned with sesame oil and pepper, your noodles are perfectly cooked, and each of your toppings is just how you like it – you put them together in bowls however you like.

A word on the noodles

The ideal bowl of ramen has noodles that are cooked just to the point of being tender enough to not be crunchy. They should have a nice bouncy toothiness to them.

It’s great if you can get fresh ramen noodles, such as those from Sun, which I use. The ones you find refrigerated or frozen at a Japanese market will probably be good, too. But I’ve used dried ramen and had great results as well.

Tasty Sides to Accompany your Ramen 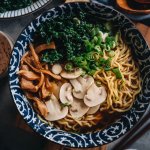 You may prefer to remove the ribs from the kale. They are tougher and more fibrous than the leaves.